Brothers and sisters, today here in Medjugorje the sacrament of confirmation will be administered, and probably you are expecting me to say a few words about those events which are the talk of the entire world. The Church watches all this, and especially what is of interest to her. This is confided to certain individuals and to commissions. As you know, at present, a Commission is mounting an inquiry on the matter. The said Commission has been established by the Yugoslavian Bishops' Conference, for the Church cannot endanger her credibility in this 20th Century world. It [the world] keeps an eye on her to catch her off guard, to criticize her and be able to say: this is what you do with everything else in your faith, everything else is like that...this is the way it is with your Christ.
I can tell you that during these six years I prayed, studied and kept silent. Many others also prayed, and I am grateful to them for that. In each Mass I celebrated, I had a thought for Medjugorje; in every rosary that I recited daily, I prayed to the Madonna for God's and the Holy Spirit's enlightenment. This helped me to gain a strong and firm conviction about everything I have heard, read and experienced. Here people are praying and fasting a lot, inspired as they are, of course, by the belief that these events are indeed supernatural; and to preach untruth to the faithful about God, Jesus and the Madonna is worthy of the depths of Hell. 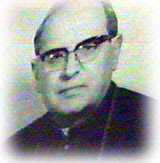 Through all my prayers, my work and research, I have sought one goal only: the discovery of truth. For that purpose, in 1982, I established a Commission of four members which later was expanded to fifteen, thanks to some bishops and father provincials. The larger body included people from nine theological faculties, seven dioceses and four provinces, as well as two highly qualified. psychiatrists. Consulting their colleagues in their respective fields, all these people worked for three full years. The Holy See was informed about their work and the events.
Today, the Commission set by the Yugoslavian Bishops' Conference is studying the same problems. In the meantime, there were some who were in a hurry and wanted to go ahead, before the Church's verdict. They proclaimed the existence of miracles and supernatural happenings; from the altar they preached private revelations, a breach to Church regulations as long as those revelations have not been recognized as authentic. For this reason, various Church authorities kept warning against organizing pilgrimages and to wait for the Church's verdict.

On March 24, 1984, the Commission on the Medjugorje events also issued a warning. Unfortunately all this remained fruitless. Then, in the month of October of the same year, the Yugoslavian Bishops' Conference issued an order prohibiting official pilgrimages to Medjugorje; and an official pilgrimage was defined as any group organized to come to Medjugorje. This did not help either. Later, on May 13, 1985, the Congregation for the Doctrine of the Faith sent a special letter to the Italian Bishops' Conference asking the bishops to discourage organized pilgrimages... as well as all forms of propaganda. This did not bring any results either. Finally, when the second Commission was set up, His Eminence Cardinal Franjo Kuharic, and the Ordinary of Mostar, declared on behalf of the Yugoslavian Bishops' Conference in their January 9, 1987 press release: "For that reason, it is not permitted either to organize pilgrimages or to arrange other manifestations motivated by the supernatural character which might be attributed to the Medjugorje events." This was said by the highest authority in the Church, and this should not be overlooked as if nothing had been said.
At the outset, when the first news was announced about the extraordinary happenings in this parish, the Chancery Office of Mostar intently followed the news and collected everything that might be of help in the search for truth. The Bishop gave all latitude to the pastoral personnel and the children, he even defended them from the attacks of the news media and civil authorities. We taped all interviews, we gathered chronicles and diaries, letters, documents, and all this has been studied by the Commission composed of theology professors and physicians. The three-year research produced the following result: two members of the Commission voted in favor of the supernaturality and authenticity of the Medjugorje events. One member abstained from voting, another wrote that there was something supernatural at the beginning only, while eleven members of the Commission voted against the supernatural character of those events, and thus, that there were no apparitions.

I am deeply convinced that all the members of the Commission worked conscientiously and examined everything that might be of help in finding the truth. The Church cannot risk her credibility, and often in similar cases she carefully probed these kinds of events and banned crowds from gathering where it had been established that the events were not of supernatural origin.

The Madonna, they say, started to appear on the Podbrdo of the Mountain Crnica, but when the militia forbade going there, she came into houses, into forests, fields, vineyards and tobacco fields; she appeared in the church, on the altar, in the sacristy, in the choir loft, on the roof, on the church steeple, on the roads, on the way to Cerno, in a car, on buses, in classrooms, in several places in Mostar and Sarajevo, in monasteries in Zagreb, Varazdin, Switzerland and Italy, once again on the Podbrdo, atop Krizevac, in the parish, in the rectory, etc. It is certain that not even half of the places where the alleged apparitions have taken place have been mentioned, so much so that an earnest man--who venerates the Madonna--asked himself: "My Madonna, what are they doing to you?"

In this diocese, by divine decree, I am the shepherd, teacher of faith, and judge in the matters of faith. Since Medjugorje's events have created tension and division within the Church (some believe in it, some do not), and have evaded Church control, since the recommendations and decisions of the said authorities such as the Commission, the Congregation, and the Bishops' Conference have been ineffective, I, the Ordinary of Mostar, responsible before God for the discipline in the diocese, repeat and sanction former decisions of the ecclesiastical authorities. I do forbid the priests who organize pilgrimages or come here ascribing a supernatural character to these events, to celebrate Mass in the territory of my diocese, and this until the Commission of the Bishops' Conference ends its inquiry.

I turn to you, Immaculate Virgin and Mother, Mother of God and Mother of the Church, Mother of this congregation which is looking for you, prays to you and loves you. I am turning to you, as your servant and Bishop of Mostar, and before the entire world I proclaim my deep and unshakable faith in all the privileges that God has endowed you with, by which you are the first and the most distinguished creature. I also affirm my deep and unshakable faith in your intercession with almighty God for all the needs of your children in this valley of tears. I assert my deep and unshakable faith in your love toward us sinners, and that love you confirmed with your apparitions and assistance. I myself have led pilgrimages to Lourdes. Exactly through the virtue of that faith, I your servant, Bishop of Mostar, before the great multitudes which called on you, find and accept your great sign which became sure and clear after these six years. I am not in need of a special sign, but it is necessary to those who believed in the truth.

That sign to me is that for six years you steadfastly remained silent to all rumors about the sign: it will be, they said, on the hillside of apparitions, visible and permanent; it is going to be realized soon; it will be before long, in a while; be patient for a while, so they were saying in 1981... Then again: it will be realized on the feast of the Immaculate Conception, for Christmas, for the New Year. etc. Thank you, Madonna, because with your long silence of six years you have demonstrated that you have not spoken here, nor appeared, nor given any message or secret nor promised a special sign. Blessed Virgin, Mother of Christ and of us, intercede for peace in this restless region of the Church, in the diocese of Mostar, intercede especially for this place, for this parish, where innumerable times your blessed name was mentioned in words which were not yours. Make them stop fabricating messages in your name. Accept, Blessed Virgin, satisfaction through the sincere prayers of the devout souls who have no part in fanaticism and disobedience to the Church. Let us all reach the real truth. Dear Madonna, humble and obedient servant of God, let the faithful of Medjugorje follow with their firm steps the shepherd of the local Church so that all of us might together glorify and praise you in truth and love.
Amen!